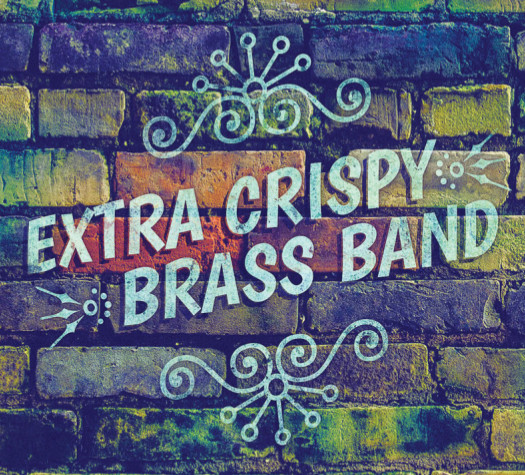 The Extra Crispy Brass Band (ECBB) released its first recording in June 2014. It is a self-titled, self-released effort that reflects ECBB’s diverse interests and influences. First and foremost, there are tunes from the New Orleans brass band tradition, such as street funk numbers like “You Move Ya Lose” and “Do Watcha Wanna” by the Rebirth Brass Band, and standard tunes like “St. Louis Blues” and “Royal Garden Blues” that give a nod to traditional jazz. ECBB also branches out and converts two songs that echo the Afro-Caribbean tradition into brass band songs: Willie Colon’s “The Hustler” and Dave Bartholomew’s “Shrimp and Gumbo.” Finally, there are two original songs, “Let’s Get Busy” and “Have Mercy on Me,” that reflect ECBB’s desire to take the NOLA brass band tradition in a new direction.